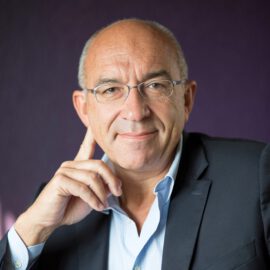 Didier Farge is the President of the Strategic Committee of the French “ DMA”  Data & Marketing Association SNCD, after having been the organisation’s President for 4 years.

He is the CEO/ President & Co-Founder of Conexance Wunderman Thompson Data (WPP) leader in Data and Analytics with operations in France and UK and an active Member at think tank SYNOPIA (lab of Governance). He has over 35 years’ experience  across Data business , Marketing and digital in France and Europe. He is Senior Advisor, investor, and member of boards of Data start-ups. He received the EY award Entrepreneur of the Year 2014 (innovation. France North).

Didier launched his career at Unilever in 1982 being Research analyst at Research international (SECED and then RI)  and Product manager for Ice Cream and new products developments (COGESAL). He joined Wunderman Cato Johnson in 1988 being Account Director and Associate Director in Paris and Managing Director in Brussels. He moved to E-mail marketing service provider (ESP) in 1999 Co- Founding  Message Media Europe business (MME) as Director Account Management in 7 countries, and spending 1 year at EMailvision (SmartFocus). He also runned his own consulting activity. In 2004, Didier launched the Co-op Database concept in France as Managing Director  Abacus France ( DOUBLECLICK) and Co founded Conexance, Database leader in Customer Knowledge  in 2006. The company Joined WPP group under Wunderman Brand in 2016.

Didier is a graduate of the Business school (DESCAF) Marketing & Communication (ESP) and received a DU of Coaching (Assas 2004).